You are enrolled in the Computer Organization and Architecture course at your university. You decide to write a program to help check your work by computing the output value of a combinational digital circuit, given its inputs. 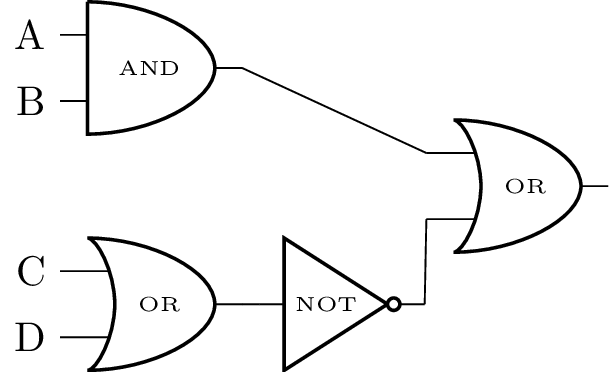 Figure 1: An example of a combinational digital circuit. See the text for an explanation.

Consider the circuit shown in Figure 1, which we use for illustration. This circuit has four inputs (letters A through D on the left), each of which is either true or false. There are four ‘gates’ each of which is one of three types: AND, OR, or NOT. Each gate produces either a true or false value, depending on its inputs. The last gate (the OR on the right) produces the output of the entire circuit. We can write these three types of gates in text by their equivalent logical operators: * for AND, + for OR, and - for NOT. In what follows, we’ll use the operators rather than gates to describe circuits.

Here is how these operators work. Given an assignment of true (T) or false (F) for each input, the operators produce the truth value indicated in the following tables:

Notice that AND and OR take two inputs, whereas NOT operates on only one input. Also, we use postfix notation to write expressions involving operators (like $\verb|A B *|$), where the operator comes after its input(s) (just as how in Figure 1, each gate in the circuit diagram comes after its inputs).

When we describe a valid circuit in postfix notation, we use the following syntax.

No other description is a valid circuit.

Thus, one of the ways the circuit in Figure 1 could be described using postfix notation is as the string:

Given an assignment to variables and a circuit description, your software should print the output of the circuit.

The last line of input contains a circuit description, which obeys the syntax described above. Each circuit is valid, uses only the first $n$ letters of the alphabet as input labels, and contains at least $1$ and at most $250$ total non-space characters.

Note that while each variable is provided only one truth value, a variable may appear multiple times in the circuit description and serve as input to more than one gate.

Print a single character, the output of the circuit (either T or F), when evaluated using the given input values.